The relationship of Peru and the sea has always been very close. The ancient inhabitants of the coast rode on the waves in totora boats. There are still traces of this love of the sea: in the citadel of Chan Chan (La Libertad), the waves survive time on the walls, while the immortal totora horses remain in the ceramics of the Mochica culture and its heirs, They continue to take the beaches. Even the American writer Ernest Hemingway was enchanted by Cabo Blanco (Piura) and even today, the sea continues to reap national champions and champions in various water sports.

However, there are problems that our ancestors did not have. Now tracks are built that totally change the beaches, as happened with La Herradura, one of the best beaches in Lima, on the so-called Costa Verde. Docks appear without planning, that cut waves and that almost end with the mythical break of Cabo Blanco. It is destroyed without taking into account the natural wealth of space.

In a country with more than 3000 kilometers of coastline, the unpredictable waves were in danger of disorderly urban and economic growth. Thus, in order to protect the best waves in the country for sporting purposes, a group of surfers organized and got the Peruvian State to pass Law No. 27280 in 2000. Peru became the first country in the world to have a legal system to protect its waves. Despite this first effort, the preservation of these natural stages was not yet ensured. It took 13 years for the Rompientes Law to have its Regulations. Thus also appeared the National Registry of Rompientes (Renaro), where the waves that needed this legal protection would be registered.

However, for a wave to be registered in Renaro, it had to go through a process. The regulation states that, for each breaker, a technical file must be submitted to the General Directorate of Captaincy and Coast Guard (Dicapi). The registration cost of each wave fluctuates between 10 thousand and 20 thousand soles, depending on whether the breaker already has bathymetry (study of the seabed) or if one is needed. Neither the State nor the National Sports Federation of Tabla (Fenta) has the necessary funds to make the records of each of the beaches that meet that requirement in Peru. Without file, the waves would remain defenseless before the installation of any infrastructure that modifies its natural course.

The funds are managed with transparency and responsability by the Peruvian Society for Environmental Law (SPDA), a Peruvian organization with more tan 30 years of experience, which is audited annually by independent organizations.

To date, we have raisedmore than 100 thousand dollars thanks to more than 1000 people and 30 companies that have contributed to the campaign. All donors appear on this list, to ensure transparency.

There are four categories of contributors, depending on the amount donated:

If you prefer to make a bank transfer, do so to the following account:

Send a copy of the bank transferto: hola@hazlaportuola.pe

If you are part of acompany or organization andwant to be a sponsor of a specific surf break, write us to: hola@hazlaportuola.pe

A la Mar is part of the HAZla por tu Ola campaign, which seeks to legally protect all the waves in Peru and inspire the same to be done in other countries. 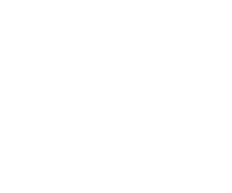 Screen to the Sea

Help us spread the word and raise funds by organizing a screening in your community, university, work or with your circle of friends.

Help us replicate this initiative around the world. Get organized and protect your favorite waves!